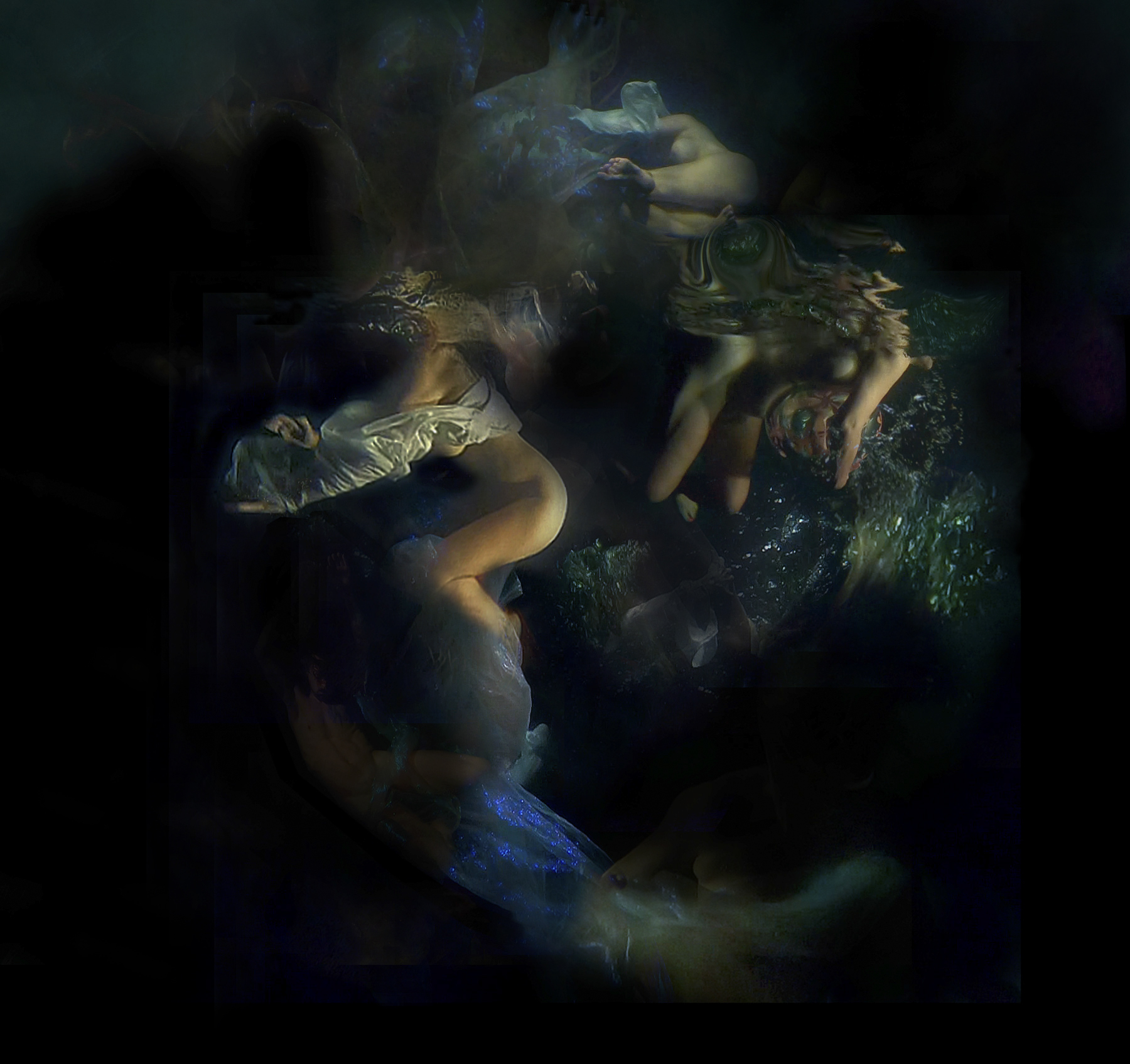 Night Swim, is a group of underwater stills that are a visceral, passionate, an ecstatic series of emphatically Baroque and allegorical bodies shot in deep water. In the sense that Benjamin used fragmented quotes and images for a larger project, on gravity, sculpture, ecstacy and skin these shots convolute an act of cinematic performance that I imagine are forming a larger project. Still moving... Intimate, almost claustrophobic, in a dark interior world these investigations are a concentration in wet encounters. A Tiepolo affect, the figures create a commotion of floating bodies, anticipating cinematic stop motion. Water becomes a filter in light and color, a diaphanous escape from the limits of gravity that illuminates an immediate response before the urge to breathe. Subterranean sexual desire, metaphysics, intimacy and even fears around death and dying... thoughts that spiral into obsession.

In Apollo and Daphne, the moment he catches up with her she begins to transform into a tree, her toes forming into roots, the perfect subject for Bernini. These great master influences and a contemporary fluid-sexo-body tension between the presence of figures in space and groups of figures interacting with each other, reveal a pictoral approach. I grew up swimming in pools as a kid. I am freer in water than in air. 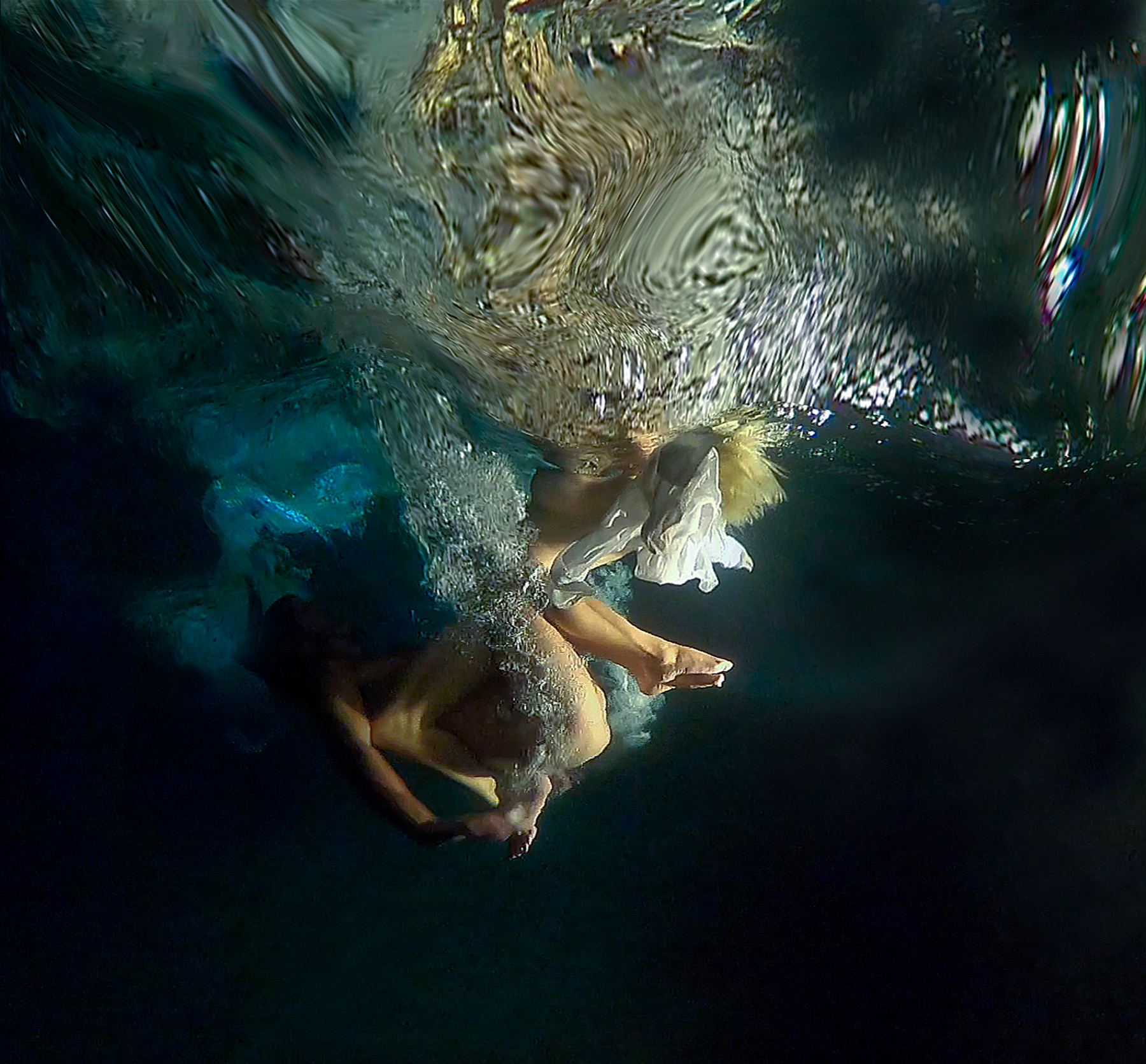 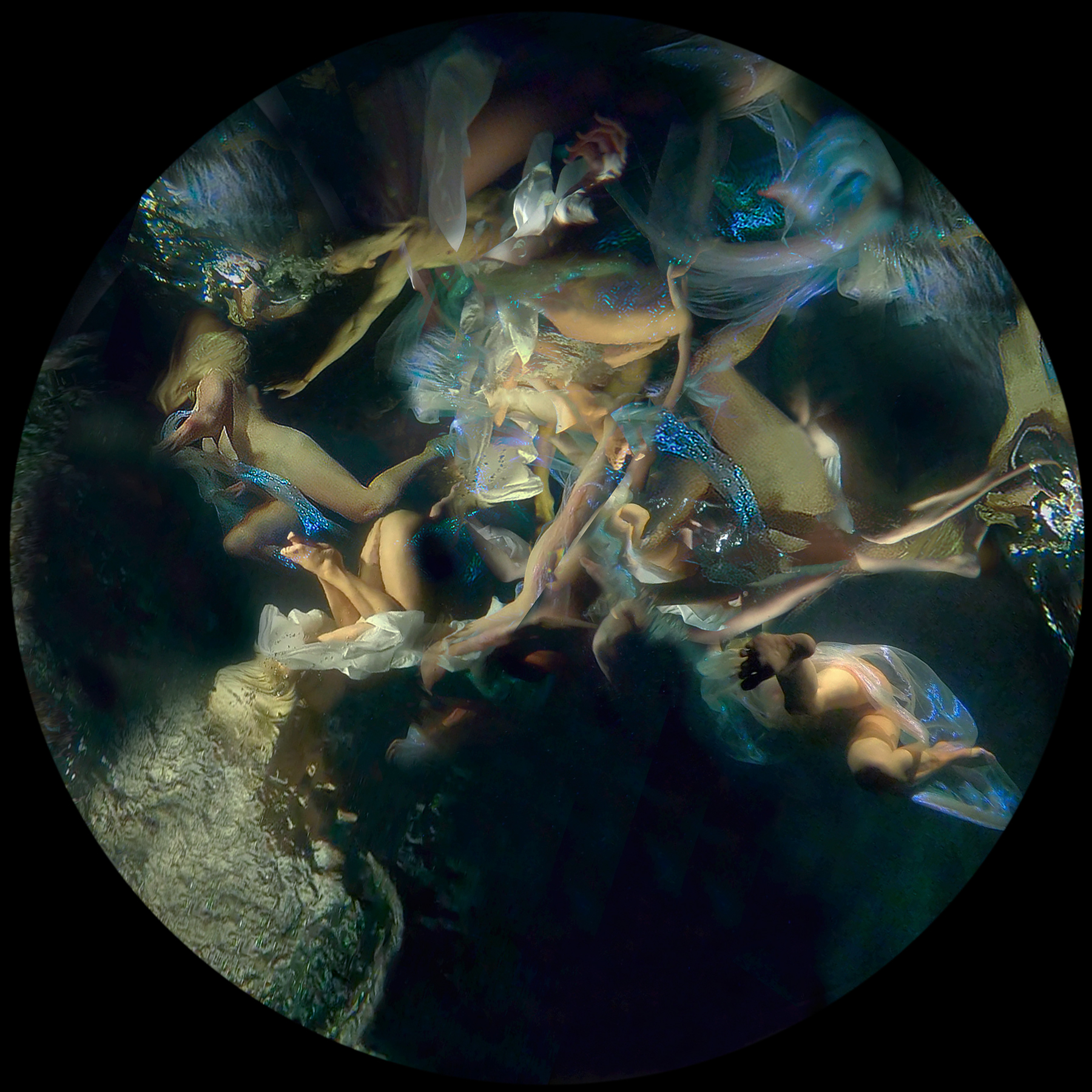 The body and the transformative nature of an extreme location is a subject I continue to explore. Many of the photographs are combined. Garden, pond, flowers where fantasies and scale on location imply a kind of marginalia. I studied illuminated manuscripts at the Vatican Museum. I found animal, vines, humans intertwined in such a way as to present a heightened realism or magical realism. A method of taming the watery nymphs into something submerged, strange and dark that seems to exist only in that illuminated moment. 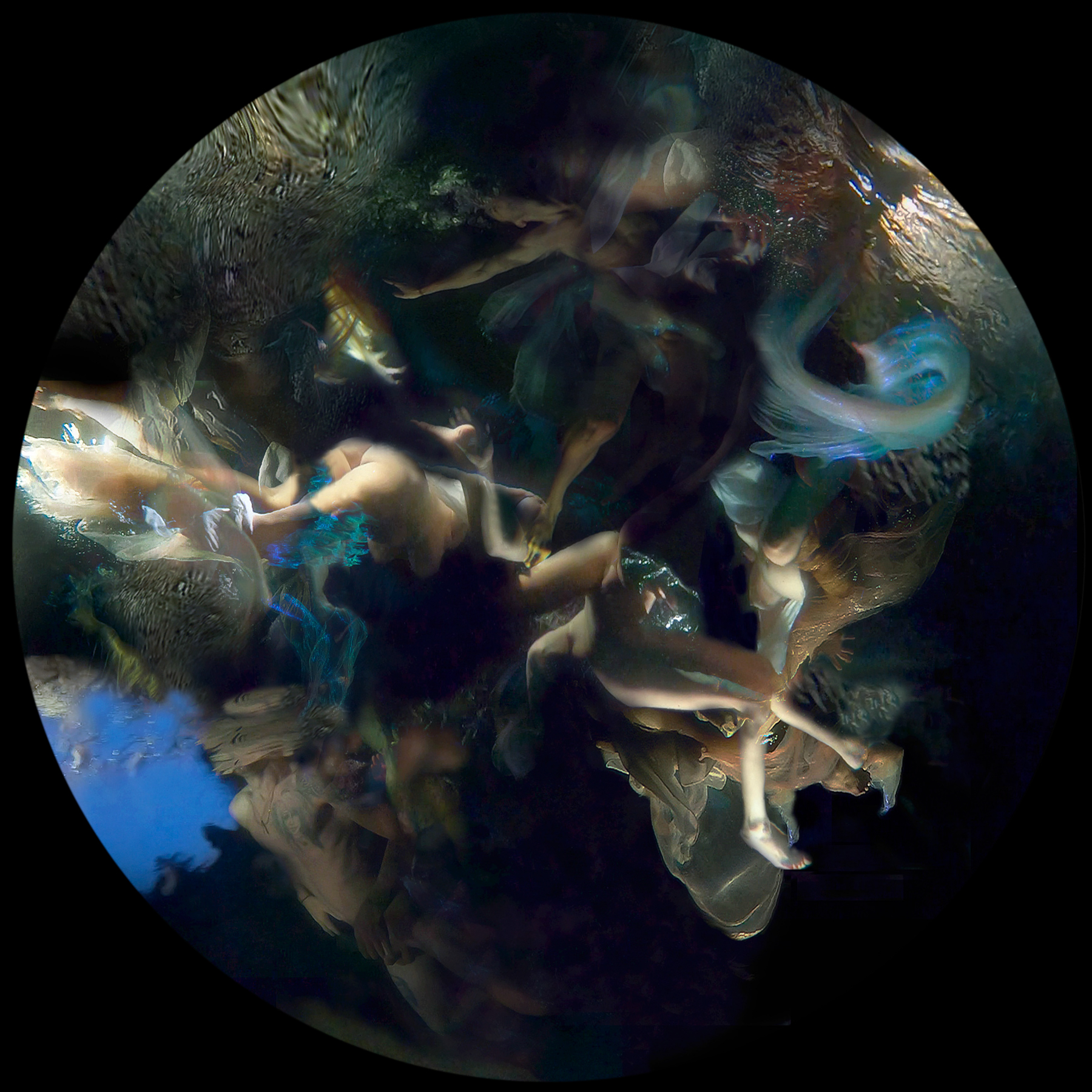